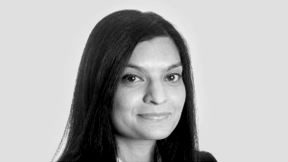 Muntech has worked in divorce and separation law for the past 15 years, specialising in divorce, financial and children matters and an accredited member of the Law Society’s Family Law Advance Scheme and a member of Resolution.

Muntech is a recommended Lawyer in Legal 500 in 2017. Also in 2017, Muntech took part in the Law Society’s national brand advertising campaign.

During her career, Muntech has undertaken pro-bono work for a variety of organisations, including Citizen’s Advice Bureau and, Shepherds Bush Housing Association and Latin American Women’s Rights Service. Muntech continues to dedicate her time to the community by way of volunteering including with Sikh Welfare and Awareness team (“SWAT”) and fund raising for charitable causes including for Harefield Hospital. Muntech is very much delighted to join the SAL Committee in 2017 and looks forward to working with both SAL members and non-members in advancing the Society’s aims and objectives.