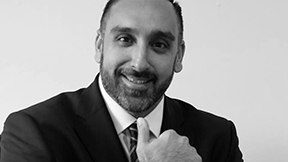 Attiq is a Director of Liberty Law Solicitors and a Solicitor-Advocate with rights of audience to appear in all Civil and Criminal Courts in England & Wales. Specialising in both criminal and employment law, Attiq has previously acted as a lawyer for the RMT, T&G and CWU trade unions.

Having appeared on the pilot episode of Channel 4’s hit TV programme 24 Hours in Police Custody, where he and his team achieved an acquittal for a client facing a charge of conspiracy to murder, the criminal practice has undergone a rapid expansion in the areas of serious crime.

In his spare time, Attiq undertakes pro-bono community work such as Actions against the Police and has campaigned in this regard, with the organisation ‘Luton for Justice’, for cases such as that of Leon Briggs and Faruk Ali against Bedfordshire Police.