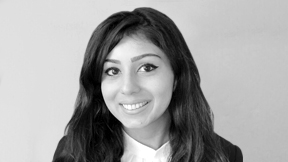 Sophia is a Barrister at Trinity Chambers, practising in the areas of Civil and Family Law. Prior to pupillage, she worked as a Paralegal in the family team at Withers LLP on a range of complex, high net-worth matrimonial finance matters and private law children matters with an international element.

Sophia has a keen interest in Human Rights law and particularly enjoys working on cases involving vulnerable individuals and marginalised groups. Whilst working as a Paralegal in the areas of Immigration and Asylum, she volunteered at the NGO Reprieve, assisting lawyers in the Pakistan and South East Asia Death Penalty team to secure the release of prisoners on death row and to bring about change in domestic policy in countries using the death penalty. Sophia was also the youngest Independent Monitoring Board Member at HMP Lowdham Grange, where she acted as an independent voice for prisoners and reported, to the Ministry of Justice, on custodial establishments to eradicate breaches of human rights.

Sophia has vast experience of working on projects with the aim of encouraging and promoting underprivileged youths to pursue further education and a professional career. As a UK Youth Ambassador to Germany, Sophia was involved in educational projects focussing on bridging the gaps in society and developing UK-German youth relations. Her passion for promoting equality and diversity also led her to act as a mentor to students at state schools in North London and as an Imperial College Rector’s Ambassador, where she represented the university on both a national and international level, promoting the university’s aims of inclusion and diversity in education. Within this role she was involved in organising and giving higher education and careers talks and workshops to students and a range of senior officials, including Ministers of Education.

Sophia is keen to ensure that SAL reaches out to students at schools and universities outside of London, as well as Barristers working at the provincial Bar, particularly on the South Eastern Circuit, where she notes a lack of ethnic diversity.